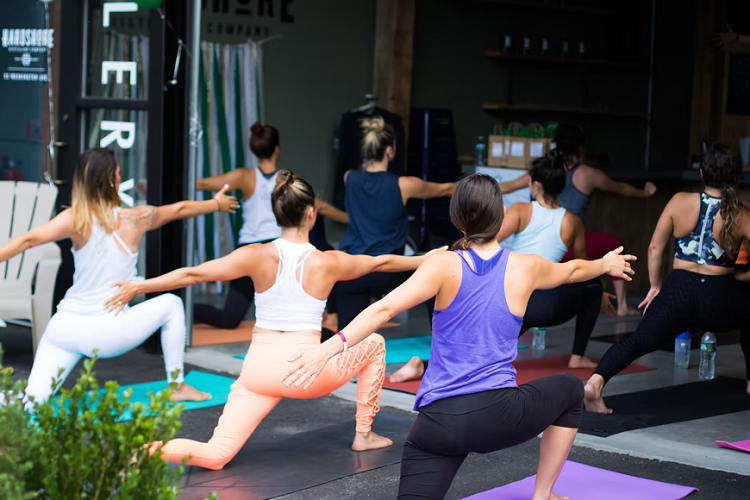 I had an interesting conversation with a student this morning about her experience in a yoga class at a new (large) fitness centre chain which recently opened up in the local area. Despite her negative experience, I thought it was worth pondering…

More than three-quarters of Australian fitness centres now offer yoga classes. 10 years ago people went to the gym to change their body shape. Members now express a keen interest in holistic health, including stress reduction and reaping the emotional benefits of exercise. People are looking for alternatives. They don't want to just do endless cardio. So when they do yoga they become exposed and eventually hooked on the mental, physiological (and dare we say spiritual?) benefits.

With millions of members on their databases, health clubs have become a one-stop workout shop. Those who don't have the time, inclination or money to visit a yoga school, or who find parts of them intimidating, love gym yoga for its comfort, convenience and familiarity. On the flip side, die-hard yoga school goers believe that the essence of the practice is lost in the competitive, noisy, mass-produced, frenetic and distracting environment of the gym, and they cherish the single-minded focus on yoga at a yoga school. Generally, the quality of teaching and the overall atmosphere of health club yoga varies as greatly as the personalities of the students in each class, and equally as great as different yoga schools and their instructors too. It seems that personal preference rather than a hard and fast rule applies when it comes to deciding whether to practice yoga at a yoga school or at the gym.

If you take an informal poll of gym yogis - apart from it seeming like an inexpensive and convenient option, you'll probably find that the main reason they choose to practice in a gym is that it just feels more comfortable. Many beginning yoga students have been gym members their whole adult lives so they feel comfortable in the surroundings and know what to expect; a softer transition into yoga so to speak.

Whereas a yoga school with its unfamiliar sounds and smells; with its objective of creating and maintaining a serene environment has the potential to keep some away. Other beginners simply find it easier letting the yoga come to them rather than taking the initiative to search out a yoga school. Often people get exposed to yoga in gyms and if they're looking to deepen their practice they'll seek out a yoga school. It's often a great entry point to the yoga world. Given the fact that yoga began thousands of years ago - in a world where lifestyles were extremely different (those people didn't spend up to 12 hours a day bent over their desks and computers) logically this generation has seriously different postural issues evolving which need dealing with. Gym yoga often infuses traditional yoga with fitness or safety principles - making the poses still yoga effective but often safer - making it more accessible for more people who would typically balk at a full-on traditional yoga sequence in a yoga school like Bikram or Ashtanga for example.

For many yogis, the gym environment bypasses the spiritual heart of yoga and makes it just another group exercise class. In any gym environment, it's understandable that the umbrella philosophy is more fitness-based than spiritual-based - although even that in my experience is definitely changing. People are realising that the practice of yoga extends way beyond the physical - and the feedback I consistently receive is that the psychological or spiritual aspect for many of us is the essence of what we really need from our practice; what we're most hungry for - and what's lacking in a gym-based yoga program.

Particularly in large gym ‘chains' (such as a certain world-wide group who have a 90% monopoly on the Australian fitness centre market), it appears size does matter. The larger the corporation or gym chain, the lesser wages they offer their staff - which ultimately reflects in the quality of the teaching. Also, the initial attraction of ridiculously low weekly fees is often glossing over the extended amounts of time you're locked into their contract.

In gyms, people have traditionally been taught to constantly push themselves further. The challenge for gym yoga instructors is to encourage people to detach from their egos including their sense of competition - whether it be with themselves, fellow students, their own form in their previous yoga class or even the instructor. It's about honouring your body at that moment - doing what your body wants to do, not what your brain or ego thinks it should be doing. Physically speaking we do yoga WITH our bodies, not TO our bodies.

There can be, however, the problem of students being too comfortable, which can hinder the growth of their practice. Student levels at gyms can kind of keep you in a perpetual beginner class as the instructor should teach to the lowest common denominator. This problem is addressed as more yoga classes are added to gym schedules accommodating different levels and therefore allowing the more advanced practitioners to choose the most appropriate level for them - facilitating more depth in their practice.

Really the true practice is getting onto your mat and finding yoga in any environment - whether in a yoga school, a gym or doing a home practice. Getting to know what you want out of your practice is the first step. If you find yourself in a class that doesn't meet your expectations, try turning it into a practice in which you look at your resistance, competitiveness and ability to fully accept the present moment. And if you still can't find that sweet satisfaction - then move on until you find something that does.

Written by Mitch Gibson, Yoga Expert and instructor at Yogabowl 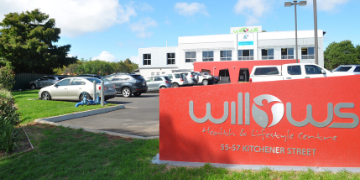